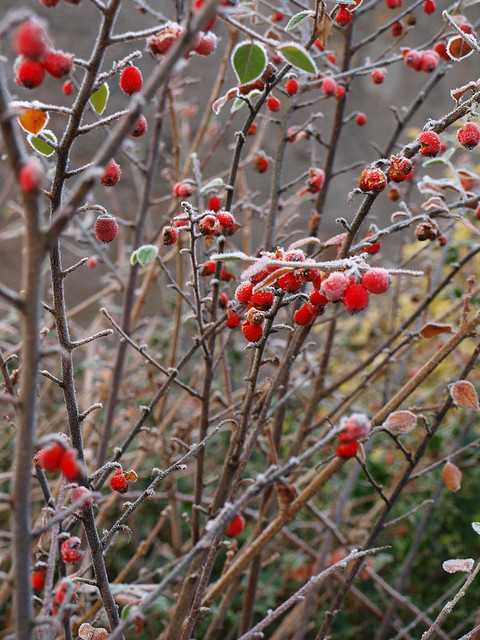 It’s hard to believe that this is only my second post of the year. I have three or four posts sitting in draft from throughout the year about things that I’ve been up to: a new sock design; some embroidery inspired by a day trip to Culross Palace; new recipes using the fruit from the garden (including our first attempt at making our own cider); the shawl I’m knitting for my sister’s wedding. I’ve struggled to finish the drafts though.

I don’t tend to share a lot of my personal life on the blog which means that when something big (and bad) happens it’s difficult to know how or even how much to share. My Dad died earlier this year and it’s been hard to work out how to post about what I’ve been doing without mentioning that or acknowledging the effect that it had on me. Instead, I mostly just dropped off the internet.

However, I am starting to get back to feeling and acting like me again and the approaching New Year has me thinking about what I want to do differently next year. I don’t make New Year’s resolutions but I do want to do more crafting next year and I want to be able to talk about it here. So, I decided to post this farewell to 2014 and acknowledge that, while large chunks of the year were awful, there were good bits as well as the bad and plenty of laughter along with the tears. And, come midnight tonight, I’ll raise a glass to my Dad and to a better year next year.